The Growing Demand for Hajj As the table below shows, Hajj-going from the UK began to grow following the acceleration of post-war immigration in the 1960s.  Since then, it has increased consistently at about twice the rate of British Muslim population growth.

Muslims from the West benefit from more generous Hajj quota allocations than in the Muslim world.  They also tend to have more financial resources available.  Islamic consciousness too has been growing amongst a still expanding youth demographic.

In 1980 an Egyptian medical doctor came to visit me to say there’s a new imam came … I said ‘Where would you like to go?’ He said ‘Hajj.’ So this was the beginning. When he said ‘Hajj’ it came to my heart this is a big trip. Until the mid-2000s Hajj-going in the UK was often organised informally and independently by leaders of small groups.  Today around 80 Ministry of Hajj approved tour operators in the UK – the largest number in the West – are each responsible for between 150 and 450 pilgrims.

As part of better regulation the Saudi authorities now insist that pilgrims travelling privately – not as part of a national delegation, as in many Muslim majority countries – must arrange their visa and accommodation through approved tour operators.

All the requirements that you have to have for the tour operators, they make sure we’ve got all that; even from all the paperwork from here, we’ve got to… when we apply for the visa for Hajj, we’ve got to go to the Saudi Embassy. … So you’ve got to have all this paperwork. Recently that started, and that makes it better. It makes it better for people who travel 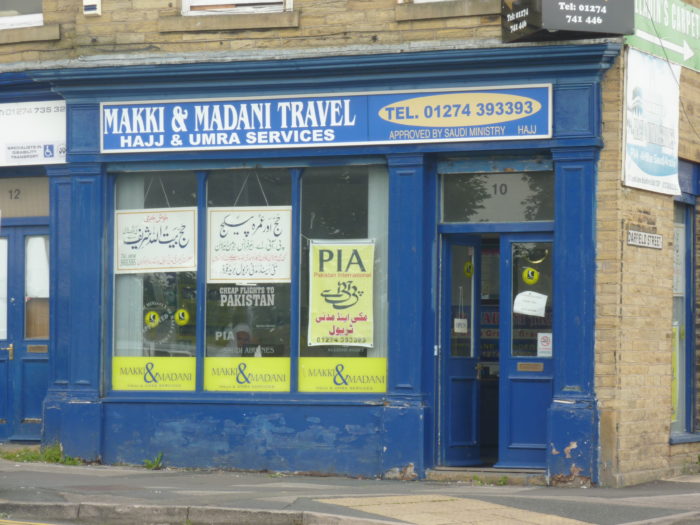 Perhaps 15-20% of the Hajj marketplace concerns ‘premium’ packages catering to a growing middle class of educated professionals and their parents.  The highest price points here exceed £5000.

The industry has changed dramatically. I think there was, you know, a period when there were certain individuals in communities who took people to Hajj and that was it. And from there it’s become a business opportunity for people, which is not a bad thing because it should be run professionally and as a business.